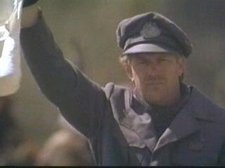 When I went looking for some service to receive, open, scan, and show me my US postal mail online, and then shred it when I wanted, I found like Earth Class Mail back in its early days. I had already been used to mail drops (forwarding services) since 1986, and had been using service since 1997 that allow me to write letters online, which they mail for me. In 97, you created contacts as unique e-mail addresses that corresponded to postal addresses – now it’s a web-based interface and contacts. As I go increasingly location independent (not merely “mobile” – but as I separate my location from local obligations), I’ve become quite ready to pull the trigger on something like Earth Class Mail.

Back then, the price was high enough to wait, but ECM had a serious price hike since then. I called them today, and I do like that I got a human being on the phone who gave me a free consultation, and answered all my questions – which is unusual. They’re based outside of Portland, and I like that vibe, too. But I project it’ll run me $500/year (possibly eventually $600+) for getting something I fundamentally don’t want – physical, paper mail – so I had to look around.

I compared a whole list of services, but reduced it to 4 that I felt reasonably secure with, had my questions answered through their web sites, and took seriously enough when I read the details, to keep considering:

I’ve got to file my required notarized postal form 1583 (back in the 80s they started requiring a special form whenever you use a mail drop service or rent a PO Box – I hate it – it’s invasive – but the last of the resisters who tried to hold out and not go along with the law were squashed during the Clinton administration – you don’t want Janet Reno mowing down your mail processing room with a squad of tanks and those guys that deported “Alien” Gonzales, do you?). At least VPM filled it out for me – that was cool! Once that’s done, I can update all the people still sending me paper, or who might once a year, and then (optionally) put a postal forwarding order in effect to handle the rest – or just let the rest lose me, if I want to risk starting clean.

This is part of a whole trend of location independence we’re working on:

Several things have really supercharged my life as an adult:

This is very close to what Ayn Rand described as freedom. She said freedom is freedom from one another, freedom from the crowd, freedom from other people – the height of freedom, as she put it, is privacy. Applied here, it’s freedom of location, independence of movement, work, education, and the areas of life that depend on broader inquiry. The virtual mail room ‘experiment’ is part of larger, currently very successful experiment of freeing me from location. The other components have been working marvellously. This is one I’ve been longing to try.

Update: This is great. I’m saving time handling mail, and the mail I normally scan to PDF is scanned to PDF for me. Lovely. Mailroom experiment: success.