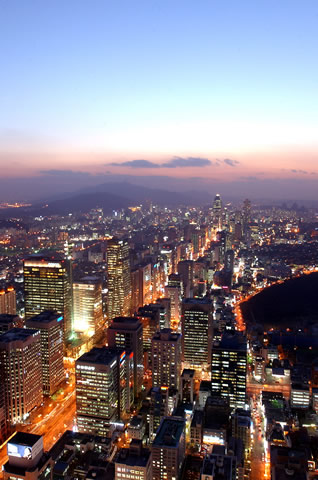 Korea is probably the single most wired country in the world. Its per capita broadband connections dwarf anything on the North American continent. Electronics are small, cutting edge, and ubiquitous. In downtown Seoul there’s a giant plasma screen on the side of a skyscraper. Speaking of Seoul, it’s smoggy but you’ll never run out of things to do. Think of NYC without the crime. In Korea, there’s also an amazing plethora of live rock music, hip hop, pop, and exhuberant moviemaking.