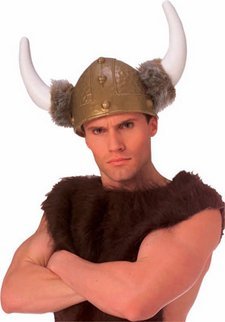 Living the experimental life involves trying on lots of hats – lots of everything – from jobs to lifestyles to ethics. In that sense, some people can find it disturbing. Experimental living looks, feels, sounds, and acts differently than what most people are doing – most people do not live experimentally, not in the fundamental sense, though we are all, always, dealing with the unplanned, unforseen, and unknown – even if we live in a traditional way. This is not to say that people who aren’t self-consciously involved in experimental living are wrong – tradition can be very rewarding – but there’s always a tension between tradition and experimentation. As a result, experimental lifers can annoy the crap out of people who find their antics less interesting, fascinating, or intriguing, or see them as a negative commentary on traditional life itself.

Experimental living is, in fairness, a commentary on traditional lifestyles, because tradition is the starting place, the frame of reference from which one breaks free by engaging in a serious experiment. This is true whether it’s a photographer leaving behind the boundaries of what’s considered normal, sane, or acceptable, or whether it’s an alternate form of marriage (like gay marriage) that turns aside from societal and even legal norms, or whether it’s pushing away the entire system of consumption that determines the dietary patterns of a society, like being vegetarian in the Midwest of the United States, or a meat-eater in Northern India. Experimental living begins precisely by saying “no” to a commonly accepted and widely approved tradition – and that can seem like a repudiation of the community of those who still hold to it. Of course, a challenge or even a repudiation of a tradition is not necessarily a rejection of the people who adhere to it; the experimental lifer exists precisely by distinguishing people from the traditions they consider essential to themselves. The experimental lifer finds his essence in something else, and looks at others the same way. 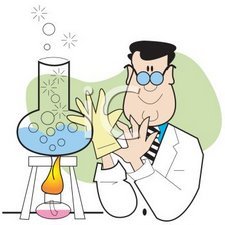 Experimental living is also living out loud – it isn’t quiet. Sure, one could ask “Why can’t you just silently try out all these different ways of life” and avoid “antagonizing” people. But it doesn’t work that way, because experimental living involves engaging the culture. Definding one’s life always occurs in the context of culture. The traditional lifestyle wasn’t founded in a vacuum, without interaction with others and with the existing ways of doing things, and experiments (which can form the basis for new traditions) can’t really be tried that way, either. In fact, they only work if they can work living in the wider society that may necessarily not be ready (perhaps never will be) to accept them. Some of us who have realized that, document our experiments through public journals – blogging is huge in that regard – because all media is now social. In fact, the first blogs were, effectively, means of documenting experimental lives. After all, blogging was created by hackers, which are inherently experimental personalities. Blogs only started to include more banal material when they became prevalent in the wider culture. Just as importantly, the socialness of new media, of web 2.0, lets us first find (or be found by), and then connect with others who are also experimenting, and swap results that further our own experiments. In that way, it’s no different than the way scientists collaborate across national boundaries (which is actually why the internet was first invented – it always had in it the seeds of the new social media, blogging, and experimental culture with all its implications for tradition – so people using it for this are merely applying the social implications of what the Net was designed for), or than the way beatniks hooked up in the 1960s and early ’70s, through a widely distributed “underground” yet highly visible culture of ‘zines, live music, recorded music, clothing and other symbolic languages. Communication, in short, is essential to experimental living. Even experiments in solitude exist only in juxtaposition to the larger community, and so communicate by specifically cutting off communication, rather than by simply ignoring it. 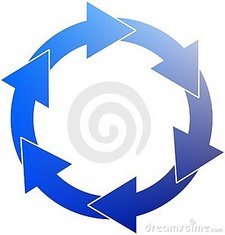 Experimental living is continual. One could reasonably say that the experimental life really isn’t very experimental unless it’s annoying at least someone. That’s because it’s a constant, steady drip, punctuated by occasional explosions of thought and activity. Trying out a different air freshener, while it could be part of an experimental life, isn’t really experimental living, if that’s as far as it goes. Most people experiment, to some degree, at least within the larger culture and the bounds of experimentation it permits, accepts, absorbs, and considers ‘reasonably’ normal. There are plenty of families with 2.5 kids and a white picket fence who have ditched all MSG and moved away from hormones and genetically modified foods. But living an experimental life is continually experimenting with the foundations of living themselves – which are always also the social foundations – those things that people often think are necessary to maintain social relationships – the “social order” – as well as also always the moral foundations, in one sense or another. It can be scary to do that, as though you’re risking isolation and judgment, which is why more people don’t do it.

Experimental living is often just easier. Tradition is safer, and it looks easier to do (it’s definitely *not* easier for a lot of us and, in some cases, for anyone – ask anyone that is raising children or trying to survive in a corporate jungle). There’s a line in the film “As Good as It Gets” where Melvin asks a gay man (Simon), “Wouldn’t it be easier if you liked girls?” Simon answers, “Do you consider your life easy, Melvin?” 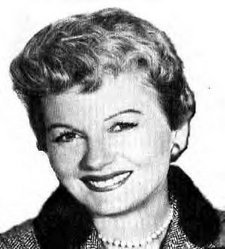 Experimental life isn’t a nice life. Breaking with tradition can offend even “nice” people, if merely on behalf of other, nebulous, hypothetical people – in other words, the big thing “nice” people tend to dislike about it is that someone else might get offended (especially if they decide to quietly deal with their feelings on it, and seem not to be getting equal voice). “Nice” people are big on everyone getting a voice, and are less fond of actual conclusions, which get seen as judgments that are too final or exclusive; in short, nice people often miss one of the great things about experimental living – that it’s conclusions, while often forceful, are tentative. They tend to prefer silence about all ‘controversial’ topics even more which, as we said, just doesn’t work – “nice” people tend to keep very quiet about their genuine deviations from the culture that others could find immoral or anti-social – i.e. offensive. In short, “nice” people don’t offend, gentlemen don’t offend unintentionally, but experimental lifers offend just by existing as who and what they are and the results of that identity expressed in what they do. And none the proposed ‘fixes’ proposed by “nice” people work, because they all in some way compromise the experimental life itself – invariably, they are a retreat from experimentation toward “niceness”.

Experimental lifers aren’t nice people. Effective experimental lifers accept that they are not especially “nice” people, in the usual sense. They might be incredibly ethical people – in fact, it may be precisely in the service of an advanced and thoughtful ethics that they alter their lifestyles, push away the current norms around them, and stand or walk against the crowd. The crowd brings this on, at times. When a society or a culture is sensitized, caught up, for instance, in an almost occult calling for blood, a dishonest redefinition of or winking at torture, a rampant xenophobia in the service of some fictional construct like a national boundary or documentary status like citizenship, or a moralistic crusade against the ‘bad’ people by the ‘good’ people to deprive the former of civil rights – like preventing gay marriage, people who value ethics over tradition, people who are willing to piss you off by telling you that you’re wrong, your church is wrong, your god is wrong, and your president is wrong, are essentially innovators – experimental lifers, at least temporarily, because they’re willing to try life without your approval and the approval of all the people like you. Sure, you can get offended. Ethics may require that, while “niceness” must push it away. Ethics means not keeping silent in the face of injustice, either. So sometimes, experimental lifers get “uppity” – they get loud.

Of course it can be annoying! Add to that a candid ethical experimentation with popular staples of society – fuel consumption, meat consumption, import consumption, media consumption – and they can quickly become your least favorite people, if you don’t want to think quite so much about those things. “I want to reduce my carbon footprint, so I am…”, “I’ve decided to stop supporting Monsanto, so I’m going to…”, “TV is crap – I just donated my TV to help feed…” If you don’t have as strong a sense of self, and can’t say “Cool!” and then make your own decisions, and let other people do likewise, you’re going to get offended. Effective experimental lifers take all these attitudes they may face into account and do what they do anyway – it’s not that they don’t know, or even that they don’t care – it’s that this is part of it. Experimental life requires continually breaking away from something, revising something, challenging something, engaging others, documenting the process, doing it out loud, often standing against the crowd, sometimes alone, and being willing to let other people be offended if that’s how they decide to process it. If you can’t stomach those requirements, you can’t do it – you can’t be an experimental lifer. And if you also can’t stomach other people doing it, you’re well-known, at least in principle, among experimental lifers – we haven’t forgotten you and aren’t ‘ignoring’ you per se – we’re just willing to go on living our way anyway, without doing it the way you’d prefer, because that just wouldn’t work for us.

In short, to use the catchphrase, “it’s not about you”. It’s about living what Thoreau called the deliberate life, the one chosen, not the one prescribed. Sure, it’s possible to do both, but how do you know you actually want to live the prescribed life, the traditional life, unless you’ve experimented with some other possibilities?