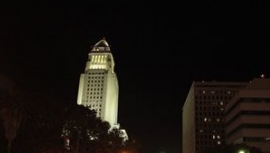 Los Angeles in December isn’t much different than August. It’s fairly warm (for me, a Northerner), and comfortable with little more than a t-shirt. The vegan food, Korean food, and Mexican truck food are just as good. Great deals on clothes, too. The Ocean air in nearby Orange County is still lovely – though brisk at night (definitely need a coat or thick hoodie).

Cigars and Hawaiian Beer, shooting a lot of good video, highly productive meetings, ironing out a killer idea or two, and eating quite well – the quintessentially good LA times. Not much ocean time, but definitely success. I still could never live permanently in LA. Gridlock on the 10 really drives it home, so to speak, and hitting the 405 with the windows up – stifled by freeway smog. I couldn’t spend two hours a day in a car for long. For me, the faster and more ubiquitous the train or subway, the better – no traffic, runs on electric. If they ever stopped being a car city, maybe, but it’s not happening in this lifetime.