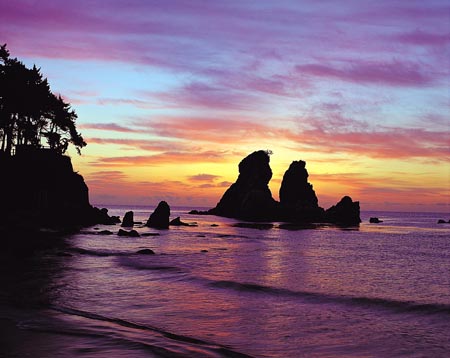 Basically, there are two approaches to living in Korea as an expatriate. One is to stick to the tourist districts (like the infamous Itaewon in Seoul) and eat at McDonalds. These designated areas have the benefits of: high prices, occasional crime, and a lot of drunken Westerners roaming about looking for a brawl or being basically obnoxious. But you will find a Burger King.

The other approach is to actually immerse yourself in the culture. Eat what Koreans eat – including fish raw (“Hwae” in Korean) and seaweed and squid with chopsticks, and drink what they drink –  hot water not cold in winter, rust-colored barley tea in place of plain water, and liquid yogurts, and sometimes SoJu or Hite beer. Ride the stand-up buses to save money once in a while, like a lot of people do. Do some Noribong (karaoke) – it’s the most popular national activity, learn the etiquette, and learn to speak as much of the language properly as you can. It’s kind of ridiculous to spend any real time there and not be able to pronounce “hello” properly, but there are lots of people willing to help. You just have to dive in and involve yourself.