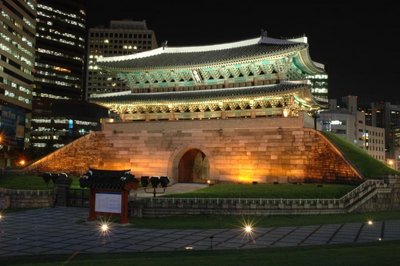 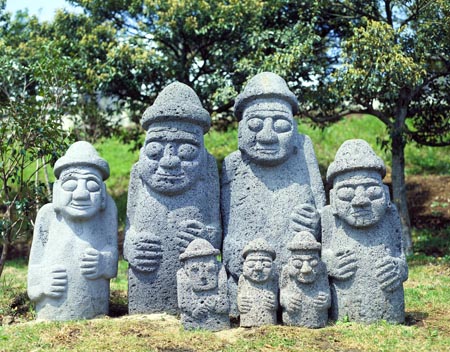 In the film Devil’s Own, Harrison Ford’s character is telling Brad Pitt’s that there are houses in his Northeastern seaboard neighborhood that are more than 200 years old. Pitt responds that, in Ireland, their new ones are older than that.

Korea is all about new construction, another product of Cold War politics, It was flattened during the Korean war. Prior to that it was called the Hermit Country, for preserving its culture against Western encroachment. The Cold War changed that too. More recently the economic events of 1997-98 were  the watershed in transforming it into a US client state. But despite the influx of global trappings, the attitudes and understanding go back almost to the dawn of man. It is an every day experience to find the very ancient, in all things, embedded deeply in modernity. Above: Haribongs – grandfather statues. I have a small one of these carved from black volcanic rock.