Life modification is far from new, but it is a hallmark of the ‘experimental life’. 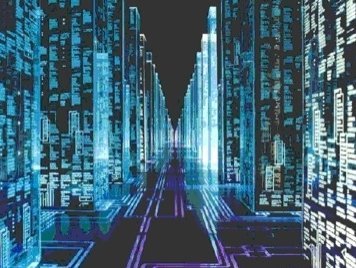 It can include the big things, like radically changing your life goal for housing or trading a career for something that could cost you that Betty Crocker type of girlfriend, significantly altering your methodology for education to something no university is going to approve of, entering into non-traditional relationships that have people shaking their heads, or making big changes in the kinds of foods you’ll consume, materials you’ll permit in your possession, or fuels you’ll utilize, so that people whose politics and religion are determined by corporate interests call you anti-society.

It can include myriad small things, like switching to a non-traditional sleeping device, or significantly reducing your possessions and footprint in an office environment, or deliberately modifying your sleeping regimen to something government agencies haven’t recommended – because you believe they don’t know best. Life hackers never listen to a surrogate mother that tells you how you’re supposed to sort and fold your clothes.

The most consistent aspects of life hacking are consistent radical changes and constant non-traditional adjustments.

A lot of us were given to believe, growing up (and that may include years of our officially adult life, as corporate entities, academic institutions, and religious groups take over the roles of parents in reinforcing the norms of the culture), that grown-ups outgrow constant experimentation – that continual radical changes and constant life adjustments signal immaturity, instability, and perhaps even mental illness – definitely social maladjustment.

But a lot of us think those views are stupid and just plain wrong, and we’d attribute them to a lack of imagination, deficit of social courage, and a terrible fear of being too different from one’s peers. In other words, we think these attitudes of disapproval are vestiges of high school, and it is those who hold them who have not actually grown up.

Those institutions, designed to take over the parents’ role in ‘socialization’, seem to be bastions of mediocrity. There are a few stars in those places that look kind of bright, because they’re set against even greater mediocrity – but overall, it’s degrees of the same thing – like straight A students in the average high school. The exceptional always leave, and leave early if they can. It’s the same with business.

The extraordinary always strike out in their own direction. They don’t stick around forever to plod through the ordinary schema of promotion and reward and meaningless positive reviews. Hearing another person’s “well done” isn’t their primary motivator. Exceptional people hang out for a bit, then go on to actually do something – define themselves, define their vocations, define meaning rather than accept it as something dictated. And that’s the fundamental difference between mediocrity and everything else.

Mediocrity is always, first and foremost, a part of something – it sticks with what is known – it is, inherently, the normative. The exceptional, at any cost, finds a way to break away and does something, and the most exceptional people we call genuine stars for doing so – but the majority of them we poke fun of, for reasons, deep down, we can’t really identify – because they’re not what we are – not normal.

The opposite sex can become the ultimate demand for conformity. When I was still dating, I dated a lot of girls who said they wanted, above all, to meet a ‘normal guy’ and have a ‘normal life’. I was dating the wrong girls. They were pretty as sin, but as inopportune as a blister, and a lot more debilitating. Those girls are now plump easy-bake ovens for little normal kid muffins, and that’s fine – if they want that, I wouldn’t have it any other way. They have what they wanted. They are busy getting that second couch, storing more stuff under the closet, and preparing to leave behind a massive estate sale for their kids. They have no “freaks” in their lives, which was their main goal. Congrats.

And when I interview them (or people like them) now, they tell me that is the meaning of life. All right, then – I wouldn’t take that away from them. But it’s not the meaning of a life hacker’s life. And there are worse things than being “weird”. Normal people are to ‘life modifiers’ what “danger – wrong way” signs are to normal people. Or as one of our sages said, “the majority are always wrong”. People read that stuff in books, shrug unaffected, and then go off to follow the masses and the voices of the culture in their heads (yes, it’s the normal people who hear voices – just pull the string, and they’ll tell you about all that is “weird”, which means “extraordinary” but not wealthy or celebrity). But who wrote those books? It wasn’t normal people – it was people who hacked their lives.

I started life hacking immediately, first chance I got. Not all my experiments have been successful. Some of them have given me unexpected results. And many have been wildly successful and remain hallmarks of my life to this day. And I’m constantly adding new ones – still a life hacker – always. But living the experimental life has, overall, been the most wildly successful life hack of all. As a result of it, I am doing exactly what I want (I’d shove a few degrees of it around here and there, but more or less). And my life has been a pathway from normalcy to happiness, meaning I had to leave behind the one to get to the other.

When I was doing this early on, I didn’t know what life hacking was. I just knew I needed to make changes.

There have been other fantastically successful experiments with dramatic results that I haven’t mentioned here. For health. For charity. For our family wellbeing. For relationships. For business. For all kinds of things. And all of the above experiments involved lots of smaller life hacks that remain with us, in large part, giving us extraordinary experience.

Some fails *will* happen, for sure. Experimenters expect there will be a few fails, tho we never intend them to occur – that’s for pessimists. A life hacker, if he’s got any experience at it (and I’ve got a lot), just like a software hacker, figures 20% of his hacks will fail. But that means 80% of the time, you change your life. And frankly, I’ll put money on that deal again and again.

There are lots of ways to life hack. Different people go for different ones. We trade hacks, we modify other people’s hacks. The goal is continually improving our situation. The thing about life modification, life hacking, or the experimental life, is that when you’re dying, you never have to look back and think “Gee, that was ordinary.” or “Wow, I know 20 people who basically lived that same life.” or “Man, it wasn’t very original, but at least I didn’t miss any episodes of (whatever).”

Normal people will always point to the epic fails, which give them comfort, or to what they perceive as failures (without acknowledging the simultaneous successes that came because you attempted the experiment in the first place). People who are terrified of things they can’t control will try to characterize your successes as accident, luck, or favoritism (I’ve never understood that – so you’re saying I’ve had an extraordinary life, but I shouldn’t be so happy about that, because I am just especially and consistently lucky?).

But if you’re a life hacker, you’ll know a lifestyle that people write books about, make TV shows and movies about, read biographies about, and study in history, even if you’re not *that* radical (I’ve never understood how people can poo poo the moderately radical, but create odes and tributes to the ones who go even farther). It’s like the old saying, that the rich aren’t crazy, they’re adorably eccentric. Life modification is the glamorous, daredevil lifestyle for people who aren’t particular concerned with wealth and fame. That’ll get a chuckle from the normal set (‘glamorous, indeed!’), but I’m talking about a lifelong fascination with adventure, a lifelong experience of variety, and a constant engagement with living that people shrug off precisely because they think only James Bond, Mick Jagger, or some other celebrity icon gets that. For a lot of us, the real rock stars are other life modders – it takes a certain ordinariness to hold up the glowing personas we only watch from the couch, or who are real but mainly just better at being ordinary, so that what we say about them is that they have nicer or more reputable couches (“he was an excellent CEO – that’s who you should be like, Timmy”), or that they have the Louis Vuitton, while all that life modder has is an aluminum wallet. Yeah… so the Vuitton thing is really important, is it?

It’s a question of values. The traditional way values what we all know it values – the car, the house, the spouse, the career, and a life of stability, acceptability, respectability. Excuse me… I had to throw up a little, but that’s just me. Life hackers are constantly asking life to pay additional dividends, and perhaps entirely different ones. What, the different thing is bad? We’re wrong, because we want something different out of our existence? The thing with life hackers is that they count their successes not in things someone tells them have value, while most days remain the same, but in things they experience directly, and have chosen to value for themselves (at least that’s the premise), with change being fairly constant. Bad? Immoral? Immature? Unstable? OK – then I’m for all that. The life modder has simply torn up the script, that’s all. He’s writing his own. If it was safe, everyone would be doing it. But look around you – that focus on owning real estate, on the security of a career, on the value of a degree – was that stuff really safe?

We have to answer these questions in how we each choose to live our lives. This is just a brief explanation of why I don’t immediately thud myself on the head, when I hear the traditional script recounted for me, and say “Wowza. So *that’s* what I’m supposed to have been doing! Why didn’t anyone tell me?” In short, we actually have a plan, we modders. It’s to continue experimenting, and perfecting the system. People do it with networks. They do it with software and machinery. (This is why it’s called life hacking). They do it with art. We have simply elected to apply the same principles to our existence, trade data, and propose further experiments. Life hacking is the science of living, not the script.

Recommended life modification site: Stepcase Lifehack (and in the area of technology, Lifehacker )