I’m making Filofax my PIM (for you youngsters, that’s “personal information manager”). It’s instant on, with me when I get out of the shower, and goes with me in the car. It’s not digital, but it’s fast. And it allows me to work when I’m in line to get coffee – no wasted time. [ROW article] 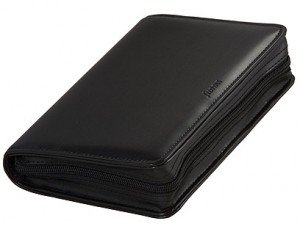 At the same time, I’m downsizing my notebook (computer) to a [netbook]. I had one back when they were called subnotebooks, and I loved it. I went through college with it, and overseas with it, where it finally died. I love the idea of low power (atom) processors with nothing inessential and no extra real estate. Goes with the whole attitude of downsizing one’s life. I plan for the netbook to be my writing PIM. I work and I write, and do one when I do the other, but I need to separate out some kinds of writing, so the need for a separate machine.

Update: 12/15/2009: The Filofax is now a colleague’s Filofax. She started her own business too, and she needs it worse than I do. I’ll miss it, but this is good for her. One of the reasons I don’t need the Filo as much is that I’m out of corporate life, now, so I’m not both running a business and doing corporate life, on top of writing, blogging, etc. Life is simpler. Google is my calendar, my contacts, and my to-do.

Update 7/21/2010: I still need a way to capture ideas when I’m out and about, other than miscellaneous scraps of paper, which pile up until they get scanned by my [ScanSnap] and filed into oblivion. I switched to [Moleskines]. They’re like a Filofax, except they’re just linear, and don’t have the calendar/contacts functions. I don’t bother to try to keep them in sections. I just go with the order in which I think of things. It’s trusting that my process is my process. Actually, I’m using Moleskine alternatives, from Staples, because they’re soooo much cheaper.

Update 7/22/10: I also bought a laptop. I love my netbook – I really, really do. And it’s absolutely freaking ideal for blogging. But it’s not ideal for writing a novel. Not the way I do it. I need the widescreen – I really do. So I ordered a Lenovo G550. The netbook is becoming my nightstand computer. I tend to go to bed and still do a few things online before I sleep – maybe have a skype conversation, I think of blog posts when I lie down, etc. I’ve always needed a bedside computer. The netbook is ideal.

Update 11/24/2010: I am sort of torn. I’m using a spreasheet now in Google Docs for my to-do lists and the fact is almost everything I come up with is a to do. I’m an idea engine. Occasionally it’s a writing idea too elaborate for a to-do and it goes into my writing folder, which is backed up by [Backblaze]. I’m keeping the moleskines close at hand, though. They’re too nice to kick away yet. My netbook has become my nightstand computer. It literally sits on my nightstand. Except it’s just too tempting to watch Netflix on my widescreen notebook. So, you know what I’m going to do, don’t you? I have them both next to the bed – I’ll work or write with the netbook, while Netflix is playing on the widescreen. I ended up writing more effectively at home, since my coffee shop, the one I love, often has too many distractions and [Borders] is too uncool. I didn’t think I could do it, but I can. And then I found that not having the 2nd widescreen on my desktop was just too much of a loss for doing the kind of writing I’m doing. I need the two screens, so I write in my office now, the same one I work in. The challenge will be to figure out how to integrate fiction writing with the other work I do. Until then, it’s going to be a serious challenge to do both. I tend to be a tidal wave pushing in one direction. So honestly I’m using the laptop more for entertainment right now. But these things change, too. Meanwhile, as  to-do list making machine, I’m finding that the multi-tab spreadsheet in Google Docs is the ideal way to capture my lists. I only wish I could stack rows of tabs.

Experiment: (the jury is still out)