Daniel has made pizzas professionally, rolled dough for bagels, rolled hot steel, rolled asphalt, rolled commercial plastics in a factory. Been a professional landscaper. Worked on a working farm and cleared country roads. Poured concrete. Been a paid writer and a magazine editor. Done some journalism and PR. Taught children and adults. Engaged in social activism, from organizing rallies to night work. Worked for political campaigns. Been a professional salesperson, web developer, designer, marketer, and PC technician. Handled automotive warranties. Has degrees in history and education and diplomas in home inspection and real-estate appraisal. On the side, done a bit of plumbing, electrical work, and automotive. Been a banquet waiter. Done some audio/video production. Worked in a machine shop. Been in a labor union. Worked a technical support desk. Done moving, hauling, transportation, courier, delivery, and demolition. Done some stage work and spoken at conferences. When asked what he does for a living, Daniel likes to say, "various things for various people. Paint a target on what you want, and I'll get it for you."

Daniel DiGriz is a serial entrepreneur, startup founder, and investor in numerous businesses and asset growth opportunities. By trade, he is a brand storyteller, enterprise evangelist, and community organizer for business.

Daniel is the principal at MadPipe™—Everything flows to your door.™—where his title is Digital Ecologist™. He's the co-founder of Free Agent Source™ Inc.—Get your people, get (sh)it done.™—where he is informally designated "Minister of Propaganda" for the brand. FAS delivers corporate projects for enterprise firms, especially related to information technology; Daniel is also an implementer and the practice area leader for marketing and education. Beyond his own firms, he holds C-level and director roles in various firms and enterprises, generally around technology, marketing, and education.

Daniel has a direct, candid communication style that isn't for the delicate, risk-averse, or faint of heart. His professional and personal life are predicated on an indifference to orthodoxies and a willingness to say what others won't. As a result, he serves as trusted advisor to various commercial enterprises, taking on ill-defined problems in multiple spheres and providing leadership in collaboration with a community of highly skilled free agents.

Daniel leads with a bottom line, hands-on approach, and relentless commitment to reaching goals. He often plugs in across multiple org functions for the firms he represents: including growth, brand, product, and data. As a startup-minded practitioner, he aligns messaging, marketing, and media with a missionary zeal.

Daniel has the presence of a public speaker, writes incisively for various publications, appears at the mic at assorted conferences and podcasts. From a passion to improve whole swaths of human endeavor, he frequently teaches or leads educational initiatives designed to enhance professional performance. He is particularly interested in how other people's personal narratives connect with their deepest objectives.

Daniel grew up in the central swath of the United States from Minnesota to Louisiana that forms the Great Plains and is nourished by the many tributaries of the Mississippi River. At the start of the 1997 Asian Financial Crisis, he journeyed to the Pacific Rim, where he lived for several years, an experience that transformed his worldview, returning to the US with the new Millennium. Traveling the world eliminated his taste for those parochial towns to which the desiccated grasslands of the Midwest gave way. So, after a septennium of scouting and planning, he settled in New York City in 2013 (a few days before a one-mile-wide EF-5 tornado left his last professional venue in ruins). He currently lives in the tree-filled neighborhood where Walt Whitman edited the Brooklyn Daily Eagle while writing Leaves of Grass.

Daniel likes to travel and has a musician's ear that allows him to quickly mimic a local dialect and blend into a new cosmopolis like a chameleon. He continuously creates stories in multiple media and genres, sometimes subversively, and for multiple venues. If Daniel is breathing, he's creating a narrative. He prefers, however, "the Banksy model". Half the time, no one will ever know it was him.

Daniel's ethos revolves around duty: "Do what you say when you say." He is Eastern Orthodox and a skeptic, politically apolitical, and a graduate of Landmark Education. Privately, he keeps company with a select few friends and business associates. He works out every day, reads constantly, ponders deeply, and talks straight. Someone asked him if his five-pound rescue dog could protect him as well as a pit bull. He said, "The dog's not my protector; I'm his."

Daniel's outlook was formed in the crucible of multiple market upheavals. He witnessed the civil and cultural unrest of the 60s (around human dignity and equality of opportunity), the mass labor strikes and energy crises of the 70s (around trade as a political tool), the economic recession and S&L closures of the 80s (around industry deregulation), the Asian financial crisis that gripped half the world in the 90s (around market globalism), and the 2008 market disaster that then mirrored it in the 00s (around irresponsible speculation). Most recently, 2020 (arguably an exercise in incompetence) has reinforced rather than refuted his thinking.

All of those experiences contributed to Daniel's ideas on building recession-proof enterprises, creating the necessary agility to satisfy a recurring need to pivot, and the importance of both accelerating the pace at which good ideas enter the market and improving companies' ability to inspire and impassion more people. If good ideas are a virus, Daniel wants to make it more contagious. Those attitudes simultaneously prompt Daniel's investments and his professional habits of reaching for technology as an amplifier, education as an accelerant, and brand evangelism to advocate for various commercial enterprises.

Having to have a career and report to a normal job.

"I once helped a colleague plan an exit from a repressive 'work farm' in a particular country and cross the border one step ahead of its authorities."

"All progress depends on the unreasonable man.” – Shaw 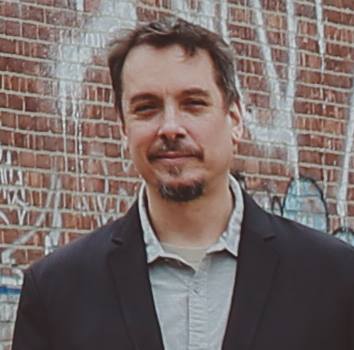 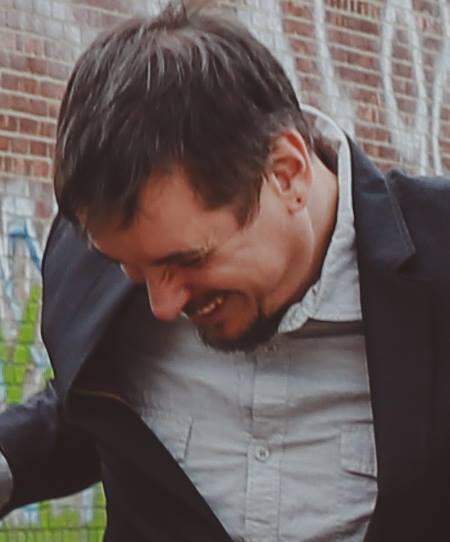